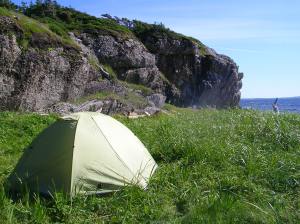 Second camping trip of the summer. An hour and a half hike up the coast with Didi and Darryl. A little secret cove we’ve been trekking to for over ten years now, where the tourists (or the park rangers) can’t find us. And let me tell you something, a hike with those two doesn’t mean hotdogs. Well it does sometimes, nothing wrong with a hotdog now and then.  God knows I’m guilty of the scatter hotdog binge when the season is almost over and the greens are few and far between. “Hotdog binge”. That looks pretty gross when you see it in writing. I think I’ve been cured. 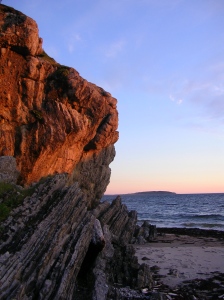 My rule when camping or hiking is eat what you want. You hiked there, you need the food and the fuel to keep you warm at night. And if that means two or three meals in the run of a few hours, so be it. The sun started to go down and I’m not going to lie, I was pretty excited to be hungry again. After eating cookie dough, cooking over a fire might be my favourite thing in the world. Between the three of us we had ingredients for a curry. It was a bit of a haphazard deal, and no doubt the fact that we ate it in a sunset next to a fire in the prettiest spot on earth enhanced our taste buds a little. But we definitely kicked some serious campfire ass. 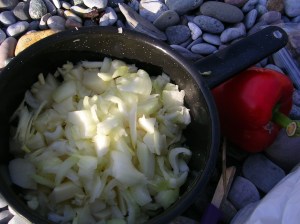 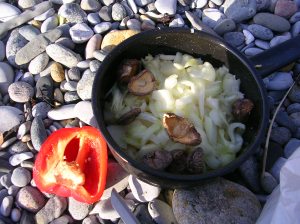 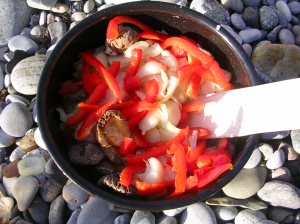 This might be the fanciest/easiest thing you’ll ever cook on a fire. And with the exception of the potatoes and onions, everything packs up nice and light if you’re packing gear and food for a few days in the woods. Everything we had was roughly chopped and thrown in a pot (one that’s old and safe to put directly on a campfire) with a bit of olive oil and salt and pepper. A few cloves of garlic, an onion, a thumb-size piece of ginger. A red pepper and a few smallish potatoes, peeled and chopped into pieces small enough that they wouldn’t take too long to boil up nice and tender on the fire. A few dried shiitake mushrooms. Sounds weird, but Didi and Darryl swear by them in camp curries, so in they went. We “sauteed” all of that to give it a nice roasty, smoky flavour. Took if off the fire briefly to add the rest of the ingredients: A huge heaping tablespoon of red curry paste, one packet of powdered chicken bouillon, and enough water to cover everything. Onto the fire. 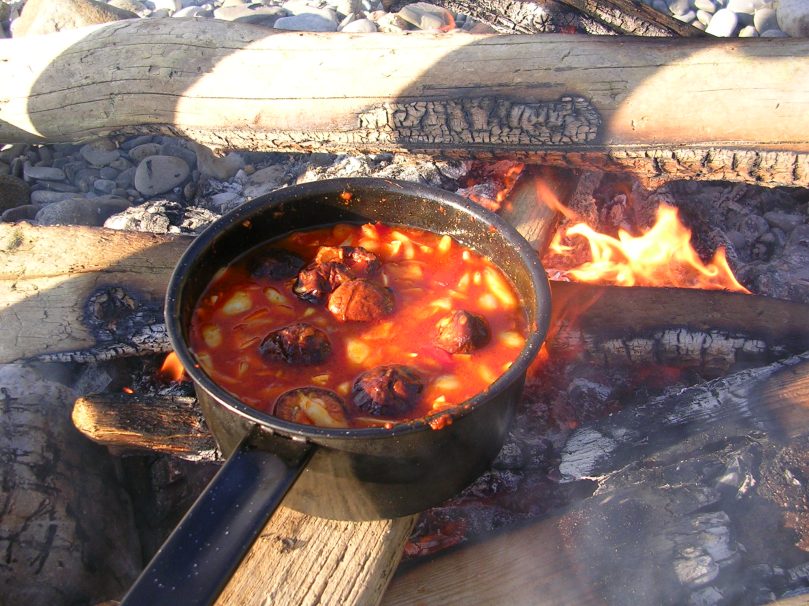 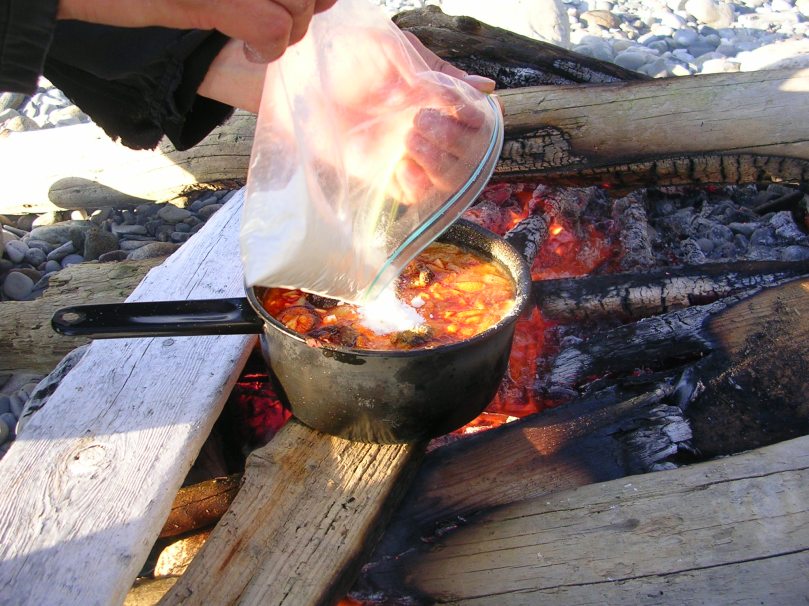 After a couple of minutes we added 1/2 cup of coconut milk powder. I’d never used this stuff before and I don’t even know where to find it (anyone?)…it was in the goody bag that Nell brought us over from England. Beats carting around a couple of cans of coconut milk, and there was no difference in the taste. 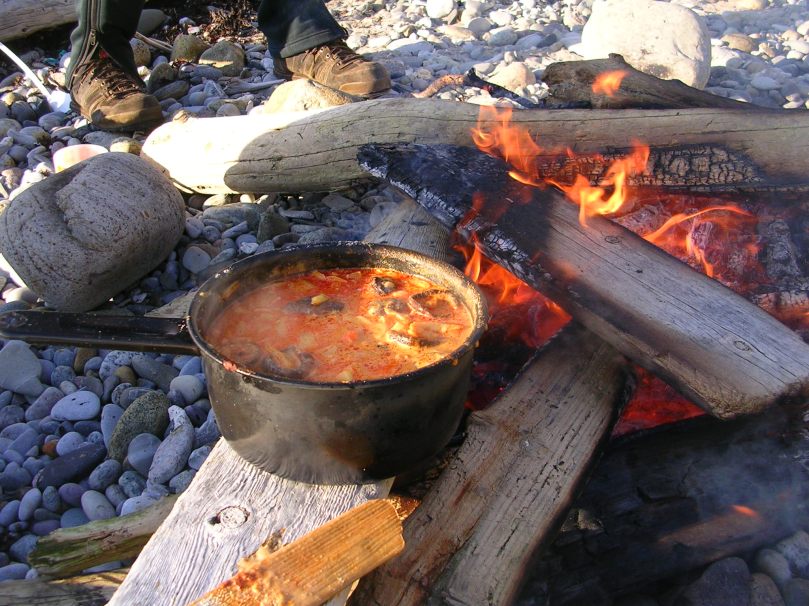 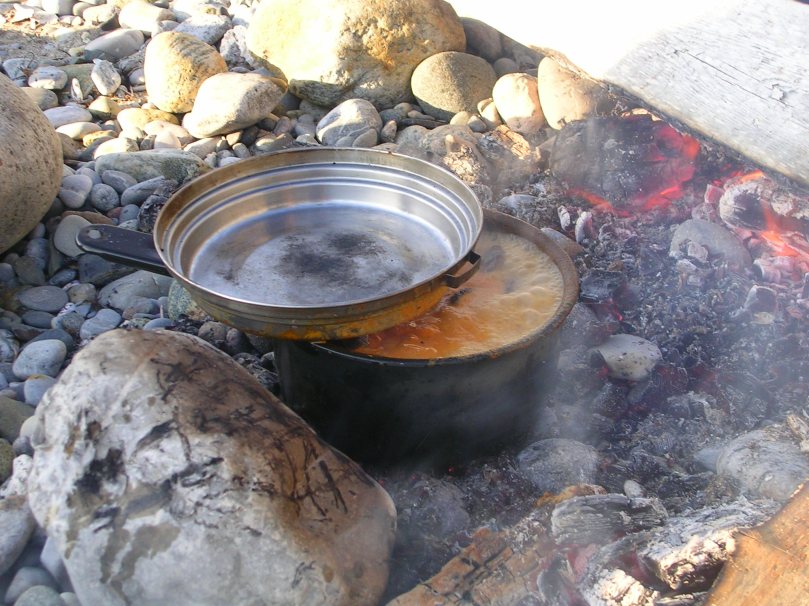 We left the arranging of the pot on the fire to Darryl. I’m pretty patient when it comes to campfire cooking, but Darryl likes to move hot coals around with his bare hands to find the optimal cooking spot. I left that to him and gave it a stir once in a while so I felt useful. 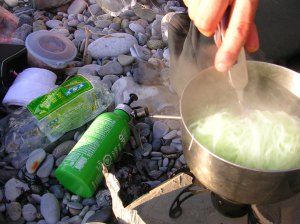 In between moving of coals we made Darryl light up the camping stove and make us some vermicelli. The stew was nice and thick by this time after the potatoes had cooked, but it was camping and were all about the carbs. We were just trying to survive in the wilderness, people, that’s all. 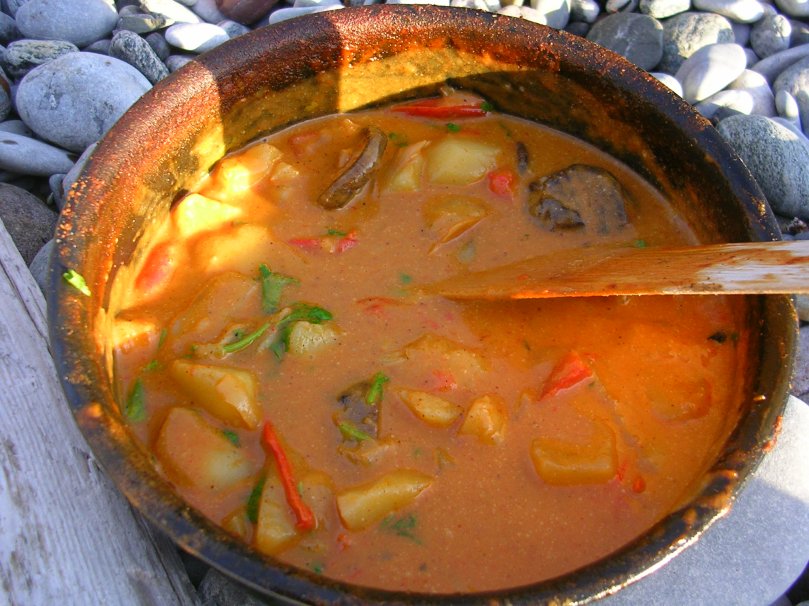 Done.  A bit of coriander on top.  Beauteous, beauteous curry. And pretty impressive for some stuff thrown into three separate backpacks. Hot and spicy and the perfect base before hunkering down in sweaters and hats and drinking whiskey. More than enough for three with a few mouthfuls leftover for before bedtime. 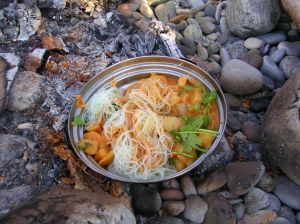 Really nice on the noodles. Would definitely stand on its own as a stew with some good bread or bannock for dipping. Even nice at home on the stove, but you’d miss that smokiness for sure. And falling asleep in your tent later on with a warm belly full of curry and whiskey. 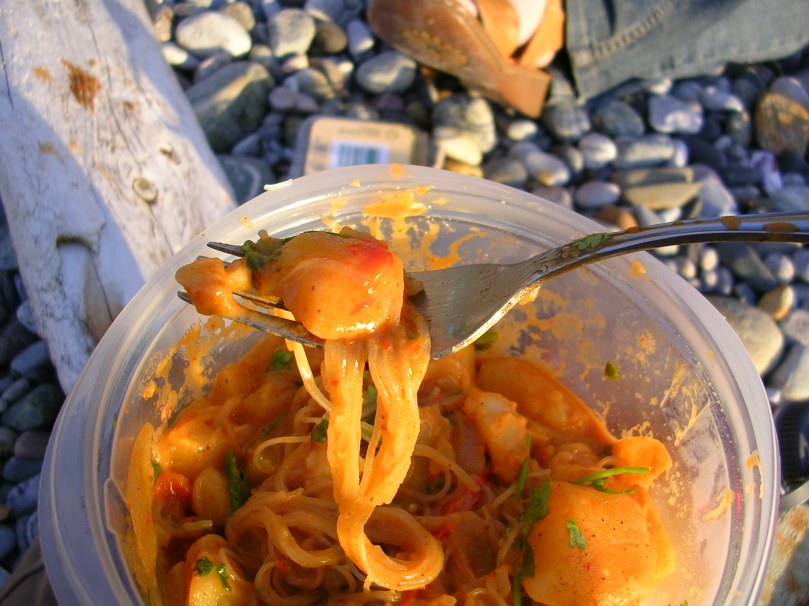 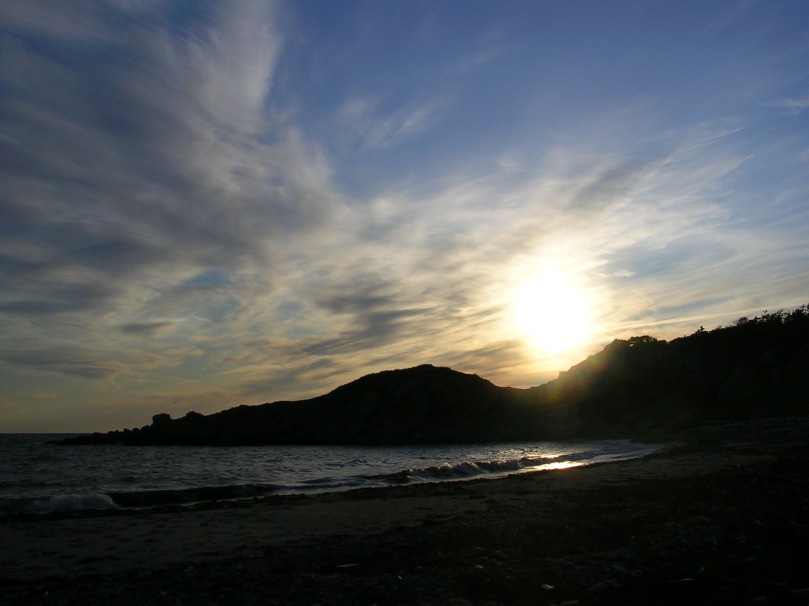 5 thoughts on “Curry Stew For a Campfire: Week 30”