Grasping at straws for week 23. Needing another grocery run to Corner Brook for some fresh fruit and vegetables, but another Monday off with no grocery run in sight and have to feed eight people for supper, so…chilli and cobbler! The perfect meal to serve the second week of June. Not really. More like a February meal. But if I can pull off a February meal in June in Gros Morne, I’m doing okay. 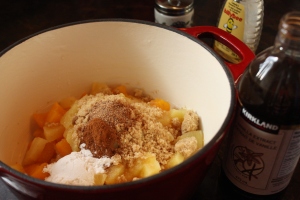 For this day off, I did what I think I might be doing a lot this summer…Googling. A can of peaches I can’t remember buying somehow ended up in my cupboard. I Googled “peach cobbler” and the easiest no-frills recipe I found was from foodnetwork.com. So off I went to the store to buy another can of peaches…all I found were peaches in “a light syrup” (gross. who eats those?) so I opted for a can of pineapple (in its own juice…which clearly makes me morally superior to the light syrup people) and thought I might really be pushing the limits of cobblers everywhere. 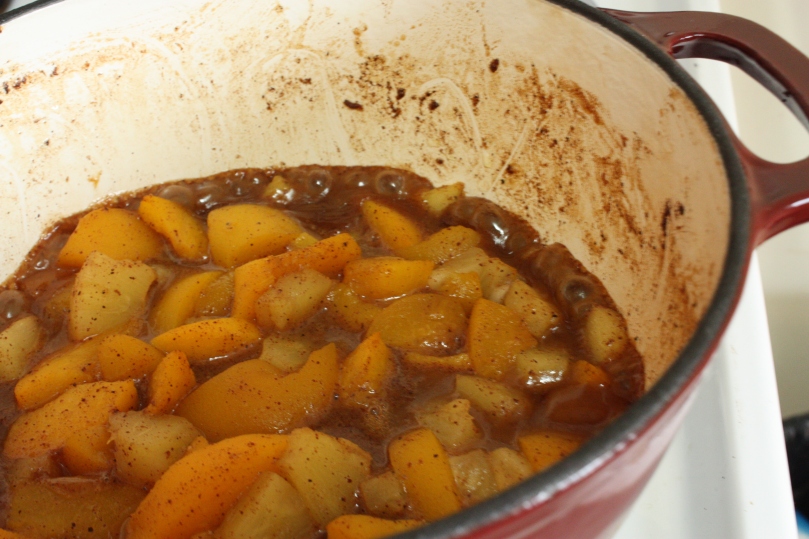 Preheat the oven to 425 degrees F.

Meanwhile combine all dry ingredients for cobbler crust in a bowl. Cut in the butter with a pastry cutter or your fingers, to make the texture like coarse crumbs. Add buttermilk and stir to form a soft dough.

Remove fruit from oven and drop rounded spoonfuls of dough on top. Sprinkle with last tablespoon of brown sugar and return to oven. Bake until fruit is bubbly and crust topping is golden brown, about 20 minutes. Serve warm with whipped cream. 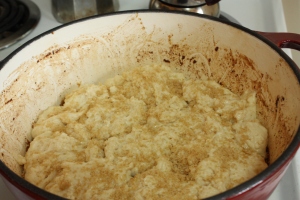 So here’s where I tweaked…I thought a teaspoon of cinnamon might be a little overpowering so I went with a half teaspoon and then threw in a half teaspoon of nutmeg. Yep, you heard me, a half teaspoon of nutmeg because I thought an extra half teaspoon of cinnamon would be too overpowering. Everyone claimed they loved the cobbler even when I said “Too much nutmeg! Don’t lie! Need criticism!” And it was a very, very good cobbler, but there was too much cinnamon and nutmeg. I’ll make it again (in February) but I’ll go with a quarter teaspoon of each. And I knew with the unavailability of fresh fruit and having to use cans, I wouldn’t need as much sugar, so I went with a 1/2 cup of brown sugar as opposed to 3/4 cup. No buttermilk and no plain vinegar to make buttermilk (I didn’t think balsamic would quite do the job) but one percent milk seemed to get it done.  Peach and pineapple, a nice combination. I’d like to try it again with fresh fruit….maybe on the next grocery run to Corner Brook. Although produce gets delivered here every Tuesday and a fresh pineapple or two has been known to make an appearance. If pineapples could talk, that would be some story. “How I made it from Oahu to the Riteway in Cow Head”.  So much for the hundred-mile diet. 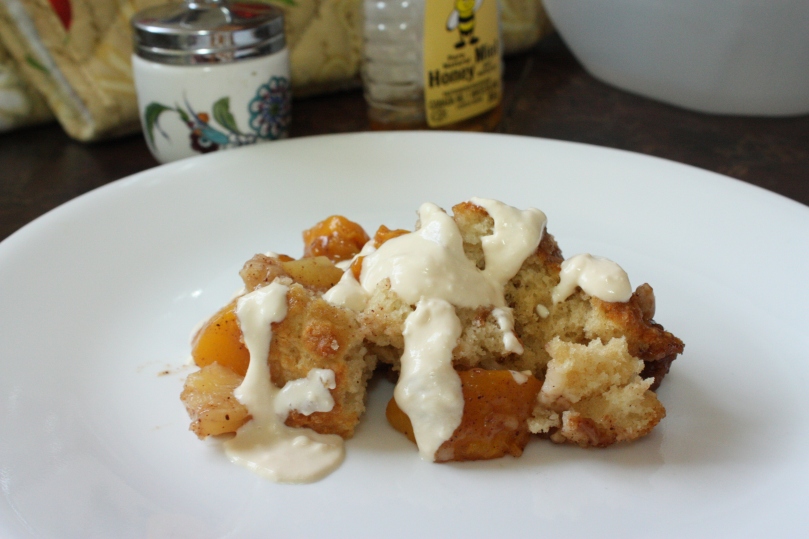 Overall…nice. It sure looked great in my new enameled cast iron dutch oven, a gift from Nan Porter (thank you nanny, you may have changed my life).  More suited to a winter’s night, but a crowd-pleaser on a cool June evening in Cow Head. Served it with Fussell’s cream, and of course we passed it around the room beforehand and took turns shaking the can. 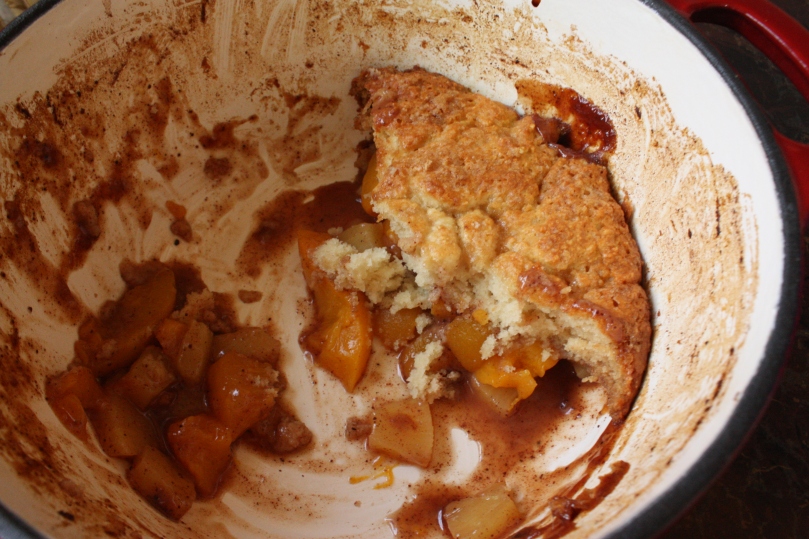